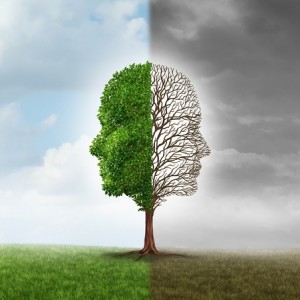 Lisa had never thought about how emergency room physicians would react to her diagnosis of bipolar disorder.

Why would she?  A former college cheerleader, the 24-year-old had always been the picture of physical fitness.

That is, until she blacked out at work and was rushed to the hospital by paramedics.

Scared and emotionally charged, she awaited much needed answers. The doctor completed a physical exam, ordered routine blood tests and an EKG. All tests came back normal, but Lisa was still convinced that there was an underlying problem.

“It looks as if you’ve suffered a panic attack,” the doctor concluded. Panic attacks had never been a part of her illness, but Lisa was unsure as to how to convince doctors of this. Soon after, she was discharged.

Lisa followed up with routine health care providers, who sent her to a neurologist.  A week later, it was determined that the blackout had most likely been the result of a seizure due to a medication interaction.

Like many patients, Lisa was left with a big question: would the emergency room provider have been less certain of the theory of a panic attack had she been better able to communicate her routine mental health symptoms?

Numerous patients with bipolar disorder share Lisa’s story. Because their psychiatric diagnosis can mislead physicians, they find themselves unsure of how to discuss unrelated medical issues with emergency healthcare providers. As a result, underlying problems can be missed and patients sent home without the medical problem being addressed.

So what do you do to make sure you don’t end up in this situation? To avoid possible miscommunication, preplanning is necessary. There are four steps that you can take to make sure that your health issue is not misdiagnosed.

2. Write down these symptoms with the help of your mental health team.

No one knows your symptoms better than you and your mental health team. Keep a mood journal or symptom tracker. And update it regularly.  Ask your mental health providers to help you make a list. Carry it with you at all times so that if something does happen, you can easily hand it to healthcare providers. After all, you never know when the unexpected will occur. This simple precautionary measure can greatly reduce the chance that a doctor will confuse symptoms of bipolar disorder with something else.

When unexpected health issues arise, panic is a natural reaction. However, if you’re frantic, it’s even more difficult for an emergency team to figure out what’s going on.

Try to stay as calm as possible when communicating your symptoms. In addition, be sure that you are detailed in your description as opposed to being vague. Give clear and concise answers to the questions that you are asked.

In general, there is a great potential for miscommunication between emergency health care providers and patients- whether bipolar or not. In crowded emergency rooms, doctors are under pressure to rule out the obvious and get to the root of the problem. The more you can clearly and succinctly describe what’s going on, the less likely the chance of misdiagnosis.

4. Tell healthcare providers up front that this is not a symptom of your illness.

Don’t be afraid to speak up. This is your health and you deserve to be taken seriously. If you feel misunderstood, you can say something like this…

“In my understanding, this is not a symptom of bipolar disorder, and I’ve never experienced it before.”

If you’re still not heard, stand up for yourself.  Consider saying “I don’t agree with this diagnosis. I would like you to explore more options.” Don’t back down.

**Please note that the name in this story has been changed as a request of the source. This woman was not a patient of mine, but reached out. The story has been portrayed according to her view alone.**

William R. Marchand, M.D., is a mindfulness teacher, board-certified psychiatrist and neuroscientist. He is a clinical associate professor of psychiatry, and adjunct assistant professor of psychology at the University of Utah. Additionally, he is the Associate Chief of Mental Health and Chief of Psychiatry at the George. E. Wahlen Department of Veterans Affairs Medical Center in Salt Lake City, Utah. He has years of experience treating bipolar disorder, researching the neurobiology of mood and anxiety disorders, and teaching mindfulness. His personal mindfulness practice is in the Soto Zen tradition, in which he is an ordained monk. He is the author of Mindfulness for Bipolar Disorder: How Mindfulness and Neuroscience Can Help You Manage Your Bipolar Symptoms and Depression and Bipolar Disorder: Your Guide to Recovery